The advertisement that started it all - the Aug. '77 issue of Custom Bike (formerly Custom Chopper). 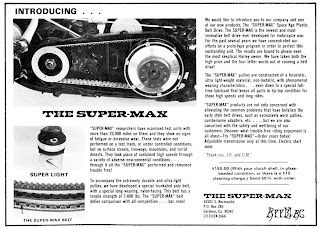 Check out the address - 16501 So. Normandie, Gardena, CA. Just a couple blocks down the street from Dick Allen's shop. Dick's shop was at 18720. Also, note the 14mm "metric tooth" profile. I think Karata was the last primary belt drive at that time that still used the "Gilmer belt" profile. 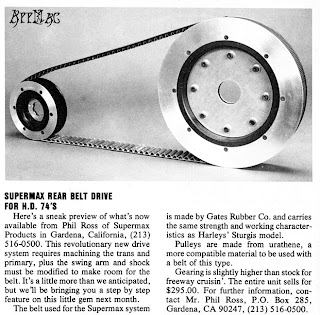 Sneak peek in the Dec. '81 issue of Supercycle, of Phil's ready to go secondary belt drive kit for Harleys. Supercycle did a step-by-step installation of one in their Jan. '82 issue. 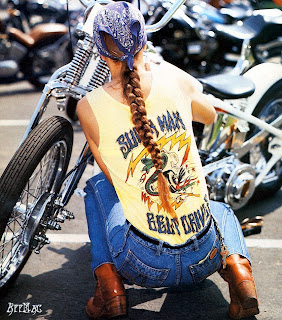 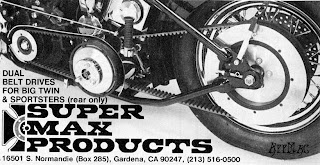 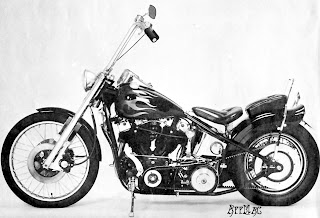 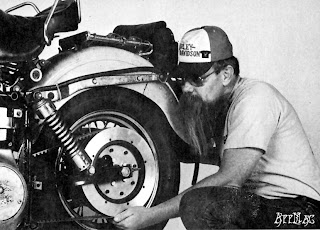 Phil Ross had it going on in 1982! A new Shovel FLH, his primary and secondary belt drives, and the most comfortable seat Harley ever made - the "Comfort-Flex".

I was fortunate before Gates Rubber Co. jumped ship in Denver for Arkansas and Canada, to know John Redmond, head of the Harley program for Gates, and Ralph Duke, head engineer in Gate's Pilot Plant (their R&D facility) in the Synchronous Belt Division, on old So. Broadway. I met Phil Ross several times over there, and I thought he was a great guy - totally into and loving what he was doing.

There's a great article from Easyriders reprinted over on the SuperMax website that gives the complete history of Phil's work with both Gates Rubber, and H-D in developing not only the primary belt drive, but the secondary belt drive that has been a standard on the full BT Harley line since '86.

Although Phil died in Dec. '09, after a brave battle with cancer, his wife still carries on the full SuperMax line. You owe it to yourself to go here:
http://www.supermax.net/
Posted by Irish Rich at 11:40 PM

Phil doesn't get nearly as much credit as he deserves. He was a great guy, a good friend, and I miss him very much. Every Harley rider owes him a debt, he is the one who brought belt drives to Harley, and his work with Gates made Harley's roadworthy.

I love my SuperMax belt drive on my pan. Not sure if Vyvyan (his wife) is up to speed on the full line as stated in the article, but I hope so. They were the best belt drives for 4-speeds on the market.

I was fortunate enough to meet Phil at the first Smokeout West and see him for the other two that were out there as he lived in Cottonwood..Kit's right, EVERY H-D rider out there owes the man a debt of gratitude for ALL of his accomplishments!! R.I.P. Phil Ross