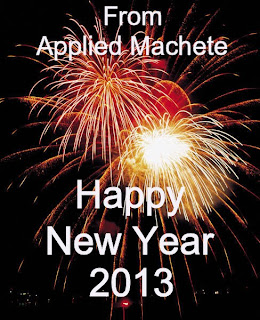 I started this blog 4 years ago this month. I thought I'd hit 500,000 pageviews by the end of this year, but I fell approximately 2,300 short. Guess I'll just have to take this thing another year, huh? 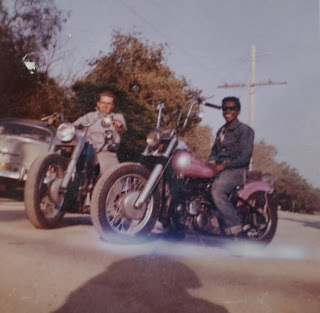 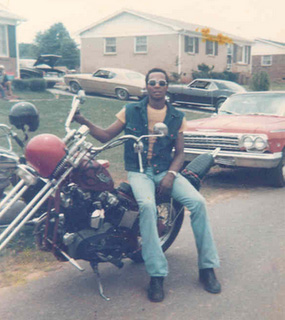 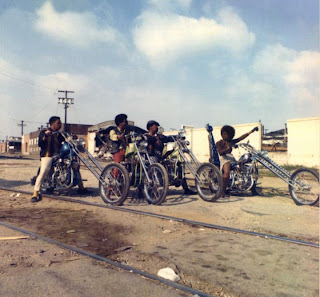 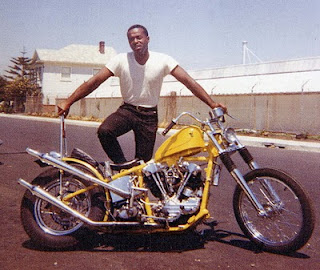 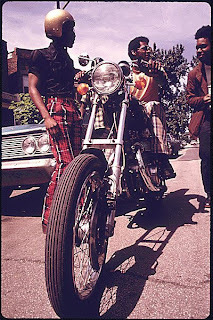 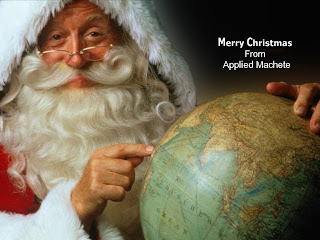 Another one of my very favorite bands from the '60's - Arthur Lee and Love. Considered by many to be the original "proto-punk" band, and a flash of things to come in the middle '70's. However, their 3rd album, Forever Changes is a musical masterpiece, but never quite got the respect of the music critics at the time. Now, Forever Changes is consistently ranked as one of the Top 10 musically and socially significant albums from the 1960's.

.....they were immersed in valiantly eviscerating Shawn's frame. Will the two halves ever be made whole again? 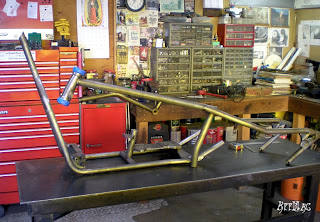 Fear not, for the forces of Irish Rich Custom Cycles, and Shamrock Fabrication have done what was demanded of them...... 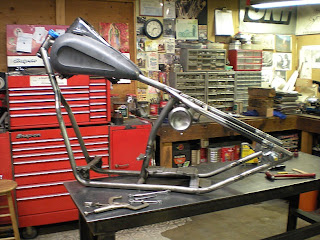 Shawn's frame is pretty much finished, save for a little touch-up here and there, and a relocation of the battery mount. The mount will have to wait until Shawn's fender gets her, so we're sure of the spacing.
Posted by Irish Rich at 9:55 PM No comments: 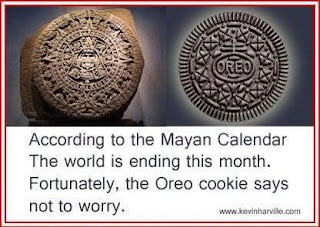 I fucking love this group. I was first turned on to this project by my good friend Carlos, when I visited him down in Santa Fe, NM, a 1/2 dozen or so years ago.

Carlos explained that it was kind of a Robert Rodriguez side project, and the actual Chingon grew out of Rodriguez not being able to find a suitable existing group to interpret what he wanted to the screen, in the soundtrack for his '03 movie Once Upon A Time In Mexico (love that movie, too!).

So, Rodriguez put together a group of musicians, with himself as part of the group (on guitar), and did the soundtrack himself. The group Chingon (which is Spanish for "badass", or somebody you don't want to fuck with) grew out of this, and they recorded an album entitled Mexican Spaghetti Western in '04, and they and Rodriguez toured behind it.

The thing that blew me away with Chingon, is the combining of a lot of musical ingredients, using mariachi as the mixing bowel. Especially listen to how the guitars are used to "substitute" for the classic mariachi horn sections in this song. Beautiful!

Robert Rodriguez plays a pretty fair guitar in this clip, he ain't no slouch!

"Where did you get this piece of garbage....truck?"
And, the sad part is, some poor '39 Chevy has to go toothless tonight. Wadda scam. Glad I don't have cable. 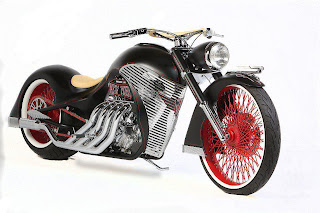 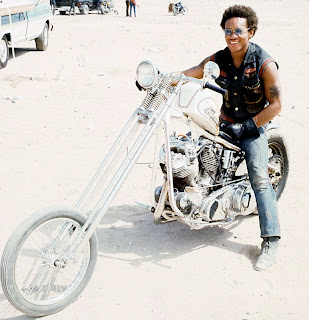 Cliff "Sonny" Vaughs, in 1974, on one of his choppers.
Photo coutersy of The Vintagent

When Jesse James' History Of The Chopper first aired on The Discovery Channel, there wasn't a lot of discussion about it on most of the bigger message boards at the time. That was owed to the fact that Jesse and Discovery were in a beef, and Discovery showed the HOC exactly twice - both on the same night, back to back. The HOC was never shown after that on Discovery, it went straight to DVD, which was a shame I thought, because it was a pretty good show. I felt that Discovery was pretty chickenshit about the whole deal, and did its viewers a big disservice doing that.

Once the DVD's started to get around, and segments of the HOC started showing up on YouTube, there were a lot of discussion threads that appeared on the boards related to the Sugar Bear/Ben Hardy/ Sonny Vaughs/Easy Rider movie segments. Not too surprisingly, from the posts, it looked like over 80% of the people riding bikes today (and a lot of self-professed "long time riders") had no idea who built Captain America and Billy's bikes for Easy Rider, and the background behind the movie itself. People were somewhat shocked to discover that the bikes were actually built by two black bikers, those being "Brother Ben" Ben Hardy, and Cliff "Sonny" Vaughs.

You owe it to yourself to take this link over to The Vintagent blog. I couldn't have written this any better if I tried. A lot of people missed what's included in this Vintagent post, when Sonny Vaughs himself put down exactly what appears in this link almost verbatum over at the Jockey Journal, as his "intro" post during the height of the discussions, trying to personally set the record straight over there. Hardly anybody on the JJ realized it was actually Vaughs himself posting it:
http://thevintagent.blogspot.com/2012/01/uneasy-rider-cliff-vaughs-story.html