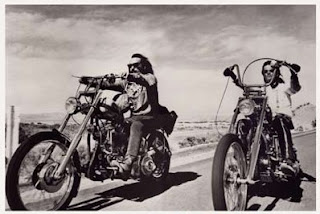 So, if you see Steve and I at any of these places, don't be 'skeered to come up and say hello to us, OK?
Posted by Irish Rich at 9:24 PM

Enjoy the 4th that sounds like an awesome ride to LA, I am sure the views are a little more majestic than the ride from Jersey to Daytona.

Good vibes in the breeze!!

That story about Steve in Baker also sounds like something out of "Fear and Loathing in Las Vegas". Have a good ride and maybe we'll see you here in so-cal.